I’m honored to participate in the 2019 Autism Awareness Blog Hop. Did you know:

63% of children on the autism spectrum are not in the kind of school their parents believe would best support them.

Does this statement surprise you? I would guess that the percentage is much, much higher. Each student on the autism spectrum demonstrates different strengths, abilities, communication, and social skills—just to cite a few examples. Schools that take an individualized approach to teaching to a student’s strengths are a luxury few can afford. If you can find a school where you live. I worked at a school whose mission centered on “One Size Does Not Fit All.” Students across the gamut of abilities learn side-by-side, capturing success that couldn’t be measured by a cookie-cutter standardized test. Watching a non-verbal sixth grader blossom into a confident leader in high school is just one example that all students can succeed give the proper environment and expectations.

The theme of this year’s Autism Awareness Blog Hop is “Childhood Toys.” While considering this topic, I encountered a flash of nostalgia and thought about favorite childhood toys for the first time in….years? Decades? 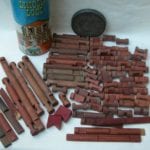 If you grew up in a time when cable TV did not exist, available channels were three or four, and programming for children targeted Saturday mornings, you may remember these classic childhood toys. Lincoln Logs, Tinker Toys, Erector Sets…not the plastic versions you find today, but the originals with wooden logs, wooden spools and spokes. The toys that pass from child to child because they were built to last, not tossed away for the newest action figure du jour. Favorite childhood toys included pre-lego building sets—same-sized white blocks, red windows and green doors. It was always a challenge to build a better, different home or store. A simple deck of cards provided hours entertainment. We played rummy before we were old enough for kindergarten, grew adept at solitaire, and when all else failed, constructed high-rise card-house structures (Remember those?). 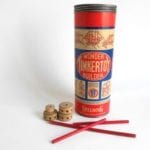 The best toy of all? The freedom to join the neighborhood kids for outdoor play. Tag. Red Rover. Jump rope. A piece of string and a friend to play Cat’s Cradle. Any kind of baseball bat and ball—wiffle ball, softball, well-softened hard ball meant afternoon gatherings on the neighborhood’s largest lawns. Summer-long round-robins of boys and girls chasing America’s past-time filled most days. Come to think about it now, the Lincoln Logs, cards, Tinker Toys, etc. appeared on rainy days—or winter days too cold to play outdoors. 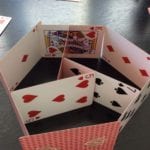 We tried to recapture the essence of our youth with our children, but it never grew to the popularity we enjoyed. Teenage Mutant Ninja Turtles, Ghostbusters, and Power Rangers ruled the day. True, there was plenty of play-acting (“Let’s be them”), but the accessories and action figures consistently appeared on birthday and Christmas lists. We bought the plastic Lincoln Logs and Tinker Toys, but they didn’t compare to a Proton Pack or a Ninja Turtle mask. Outdoor play required a adult keeping an eye on the children, because times had changed. And then came the Video Games…. Pandora’s Box was opened.

To assist an organization dedicate to serve the needs of children who have autism, please consider Lindengate. To learn more about this program, visit its Facebook page. The organizer of this blog hop knows Lindengate’s mission first-hand. 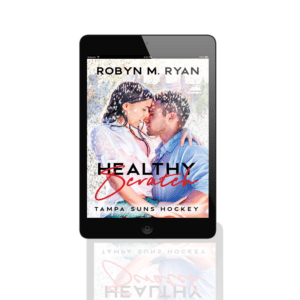 Healthy Scratch, the first book in the spin-off series from The Clearing the Ice Trilogy hockey romance, released March 12. To celebrate the release, I have five e-book copies of the entire trilogy to give away. Simply comment below, naming your favorite childhood toy and please join my newsletter list.  Please confirm in your comment that you joined the mailing list (if you’re entering the Giveaway). I’ll pick five winners at random to receive The Clearing the Ice Trilogy.