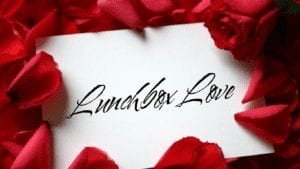 Fantasy Sports continue to dominate the men in my life. Many times each year, they sequester themselves in the Man Caves—or the garage, or behind a door that shouts “Do not disturb!” to study, plan, prepare A lists, B lists and C lists, in anticipation of a Fantasy Sports Draft. Whether it’s football, hockey, basketball, NASCAR or any sport, Draft Night gives them the power to assemble the best Fantasy Sports team possible to compete in whatever League. The computers are set up long before the Draft commences; back-up iPads are available should an Internet outage occur (the horror!). The guys chat continually (online or via phone) through the process, making side deals and trades.

I’m not really into Fantasy Sports Leagues. I know there are many women who participate (and win!). But if I were assembling a Fantasy team, my choices would not depend on a player’s statistics. If I liked a player, I’d draft him; if I didn’t respect him (say Michael Vick), I wouldn’t care how much talent he possesses—not on my team. And if the athlete played for any teams I despise (which shall remain nameless), no way he’s on my squad. I’d go for the nice guys, the cute guys, the absolutely best looking guys. Purely emotional picks. Not exactly a formula for success.

No, it’s not a variation on the Fantasy Sports Leagues—let’s talk about what many women really think when they hear the words “Sports Fantasy.” A quick search of the web produces any number of websites devoted to fantasies about athletes. Many are too… well, let’s say too explicit… to link from this post. You can find them if you want. 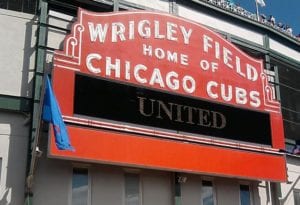 My sports fantasies evolved over the years. When a seven-to-ten years old tomboy, I was determined to play Major League Baseball. Practiced in the backyard everyday, trying to throw pop-ups to myself. At that age, I sure didn’t care how it looked. Crashed all the neighborhood pick-up games—the boys let me play and I was not the last player picked. We used a real baseball (no wimpy whiffle balls or gigantic softballs); we had our own bats and gloves and an assortment of baseball caps. However, by the time adolescence arrived, finally realized that this girl was not going to make the Majors. (The closest I ever got was serving as a minor-league batperson during a double-header. But that’s a story for another day.) Sports Fantasy #1 flew out the window.

Then came the “Gee, wouldn’t it cool if my big brother played in the Majors and let me hang out with his friends” fantasy. Not sure what hanging out would entail, but I’m guessing as an 11-year-old that included just discussing pennant races and stuff like that. Fantasy #2 was snuffed quickly. Not having a big brother was a major downer. 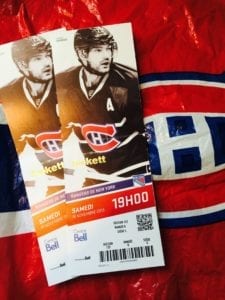 Sports Fantasy #3 took a long time to develop. It took shape in late high school and then gelled during college. A journalism major, specializing in public relations, setting my sites on working for a professional sports team. As Sports Information or Public Relations Director, I’d be writing about things I loved—sports—and getting to meet all the players, of course. Did this fantasy involve dating players? Maybe. That idea pretty much vanished during an Internship in the PR department of a professional sports team. It really wasn’t that glamorous a job, doing the basic things like media advisories, assembling media packages, and every once in a while writing a press release, but it was fun and I did get to meet players occasionally. Really, they were just like any other guys. Polite, sometimes funny, but Real People. Not the Fantasy Sports Guys I’d imagined all those years.

The internship landed a job in the PR department of a major ad agency. The clients included several sports teams (surprised?), but MY first client was a nonprofit charitable organization. All the professional sports teams were willing to send players to participate in special events and fundraisers, and several players took a genuine interest in the cause and actually volunteered to help on their own.

A great big pro football player developed a bond with one of the kids we served. When the child was ill, he checked in regularly. Years later, playing in another city, I’d receive phone calls from him from time-to-time checking in on “his” kid. Athletes not only are Regular People, but also many are kind-hearted, empathetic, and generous. 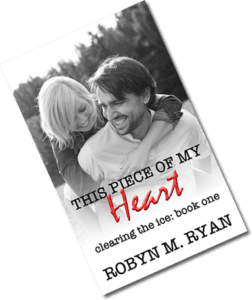 So, Sports Fantasy #3 morphed into the dream of writing sports romances: Sports Fantasy #4. In my spare time, I write the kind of sports novels that I’d like to read. Of course putting the finishing touches on a novel still depends on the time constraints of that pesky paying job. Not complaining at all, mind you. Not fond of Fantasy Paychecks. But suddenly (after… let’s just say many years) this fantasy appears within reach. Manuscript written, critiqued and professionally edited; cover designed and website and social media brand developed by an amazingly creative talent—K. Fouts Designs. Maybe… just maybe we’ll hit that Fantasy early 2016 release date.

When that day comes, this Fantasy finally becomes Reality.

**Update—May 2018. Two years after This Piece of My Heart’s May 2016 release, The Clearing the Ice Trilogy is a fait accompli. This Piece of My Soul (January 2017), and This Piece Our Being (December 17) completed the trilogy. The next series, The Tampa Suns Hockey Romance, will debut in 2018. This fantasy did become reality!