This Piece of Our Being hits the e-tailers in little over a week! In the conclusion to the clearing the ice trilogy (This Piece of My Heart and This Piece of My Soul), Andrew and Caryn navigate the difficult path to repair their marriage. After four months apart, each treads carefully, addressingh the issues that drove them apart. The following preview froms Chapter Ten finds Caryn re-joining Andrew for his therapy sessions at the rehab center. When they meet in his room on the first day, Caryn worries that her heart will cause her to forget the past and rush back to him. 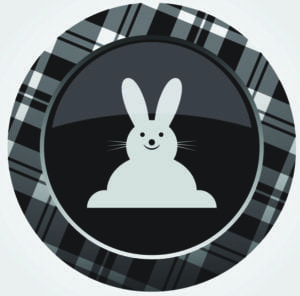 Caryn mulled Andrew’s words as she took a water bottle from the refrigerator. Talking with Drew feels so…so normal. As if the last few months hadn’t occurred. But those months were real and absolutely shredded her heart. The last time she stood in this room with him still haunted her dreams. Could she ever put that behind her? Could they recapture what they had? How do we navigate going forward? I don’t want to get stuck in the past, but there are so many hurdles to jump before we can move forward.

She walked across the room to pour a little water on the fresh African violets. Did Andrew have any clue the others withered from lack of attention? Probably not. Too focused or distracted by more important matters. Kind of like our marriage.

She shoved the negative thoughts aside as she leaned against the half wall room divider. Look to the future. Don’t wallow in the past. She put a bright smile on her face when he emerged from the bathroom, hair damp and a towel around his waist. Physically, she saw no evidence of the accident. His hair covered the scar; his upper body had not lost a centimeter in muscle tone. If anything, Caryn thought he looked more muscular. She had a crazy urge to run her fingers across his chest and upper arms.

She shook her head when she realized Andrew had spoken. And caught me gawking like some puck bunny. “I’m sorry, what did you say? I was daydreaming.” He raised an eyebrow, and she felt her face flush.

His blue eyes trapped hers with a hint of a smirk. “Don’t suppose you’d share your daydream with me?”

Caryn turned to hide her embarrassment. “You look really strong, Andrew. What’s on your schedule today?”

He answered as he quickly dressed. “Yoga, cardio, and PT in the morning. Weight training and ‘intensive visual perceptual sessions’ this afternoon. Trying to improve my balance…and I’d like to get cleared to drive one of these days.”

Caryn glanced at him. “You’re tired of having your own chauffeur?” A slight smile tugged at the corners of her lips.

“My chauffeur’s time will be slim-to-none once the residency starts.” He grabbed his keys and nodded toward the door. “Though I guess Uber or Lyft are always options.”

Caryn shook her head as she preceded him into the hallway. “Don’t forget I can drive, too…if you ask nicely.”

She looked up at him when she heard him chuckle. “Should I get you to define what ‘asking nicely’ entails?” he asked.

“Probably.” His eyes met hers and Caryn felt her stomach’s familiar flip-flop. How can he affect me this way? Ten minutes with him and I was ready to jump him in the bedroom…now we’re acting like nothing happened between us. How stupid is that?

She slipped into the room when he opened the door, then quickly retrieved two yoga mats from the storage area. Holding one out to him, she said, “I’m going to be lagging behind everyone—it’s been so long. I’ll just hang out in the back and do what I can.”

“You think I’m going to be sharp after taking this break? I already know stretching is going to be a problem.” He lightly held her elbow and guided her away from the back of the room. “How about here? We can help each other, and you’re in no one’s sight line, but mine.” Caryn saw him barely suppress a grin when he spread a mat on the floor, then motioned for the other.

“Don’t say I didn’t warn you,” she said as she began to stretch. “Feel free to move your mat if I embarrass you.”

“Not a chance.” Caryn could feel the heat rising in her cheeks when he looked at her. Maybe this wasn’t such a good idea? She shouldn’t be thinking about him that way. How could she just forget the past four months…or pretend nothing happened? Maybe Andrew wanted to, but Caryn wasn’t sure she could. She just needed to remember that when he looked at her that way.

This Piece of Our Being is available for a special pre-order price of just .99. We’ve also discounted the first two books in the series by $1.00 each. The offer ends release week (December 5)—Don’t miss out! 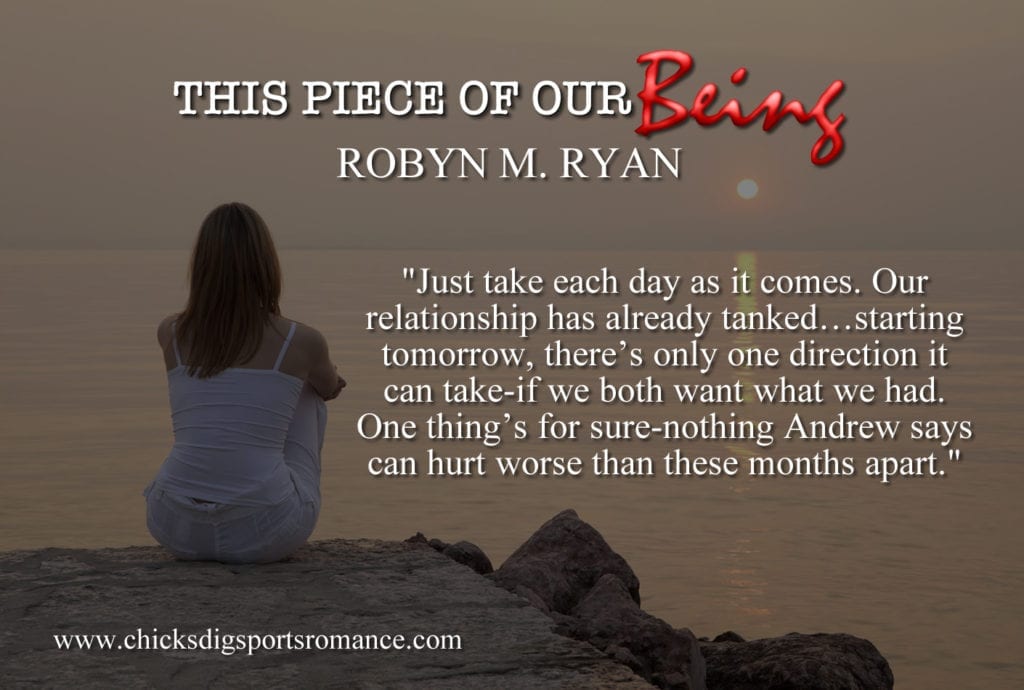