Sneak Peek: This Piece of My Soul, Chapter 3 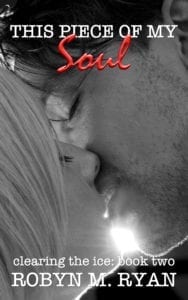 (On the day Andrew and Caryn Chadwick plan to depart on a ten-day anniversary trip, he receives an unexpected Offer Sheet from the Tampa Suns NHL team—a career move that would catapult him among the elite players in the league. With a short window to consider the contract, their trip is rerouted through Tampa. After a long day of travel from Toronto to Tampa, meetings with the front office staff and Andrew’s agent, and a city tour for Caryn with the wife of the Suns’ captain, they finally can relax—alone—at the hotel provided by the Suns. Needless to say, both are more than ready to celebrate their second anniversary!)

…Caryn’s eyes widened with delight as Andrew opened the door and they stepped into the suite. Wine, beer and champagne chilled in an ice bucket on a beautifully adorned table, along with a selection of hors d’oeuvres and several baskets of flowers placed throughout the large living room. “Drew, this is just beautiful. How did you find the time?”

He grabbed her hand and led her across the room. “Wish I could take credit, babe.” He picked up a card from the buffet table, reading it with a soft laugh before handing it to her.

“The Suns arranged all this?”

Andrew plucked a large shrimp from the mound of ice. “They have good taste, wouldn’t you say?” He popped the food into his mouth as he winked at her.

“Well, they do want you on the team.” Caryn reached for some fruit as her eyes teased him. “I think they are trying to make an offer you can’t refuse.”

“Maybe a little chardonnay. Then I’d like to change into something more comfortable.”

“You and me both. You want to order in dinner?”

Caryn looked at the buffet. “I could probably make this my dinner.”

“Well, I can’t.” Andrew reached for another card on the table. “Here are some in-room dining options. Maybe we can just get one of each.” He smiled as Caryn leaned against him to read the card. He kissed the top of her head, and then poured the glass of wine she’d requested. “Make yourself comfortable. I’ll take a shower and ditch this suit.”

Caryn reached to unbutton the top of his shirt. “I was thinking of taking a shower, too.” She ran her fingers against his chest. “Care to share?”

His darkened blue eyes indicated his response, and he took the glass from her hand and set it on the table. “There’s the offer I won’t refuse.”

Much later, Andrew tenderly brushed the tousled hair from her face, and leaned on his elbow as he traced her lips with his fingers. “Happy anniversary, beautiful.”

Caryn smiled, resting her hand on his cheek, running her fingers against the light stubble. “This may not be where you thought we’d be right now, but I’m more than loving this. I could stay right here the rest of the night.” She shifted the plump pillow and leaned against it.

“All of which can happen right here.” Andrew playfully dropped his hand to her waist and tickled her lightly. Caryn quickly rolled away and sat up.

“Drew.” Her tone reproached him.

“I know, you don’t like to be tickled.” He quickly crossed the bed and pulled her against him. “No more, I promise.”

“And how many times have I heard that?”

“Okay, no more…tonight.” He reached around her to retrieve her glass of wine. “You have any ideas for dinner?”

“You pick, Drew. Everything looks good.” She watched as he pulled on his jeans and a Blues’ T-shirt, then reluctantly pushed the sheets aside and walked to her suitcase.

“Don’t dress on my account.” He looked at her, his eyes taking in her disheveled appearance, and then lingered on her for a long moment. Caryn’s stomach contracted as if her were running his hand against her skin.

She nodded toward the large terrace that ran the length of the suite. “I was thinking we could have dinner under the stars.” She pulled on Andrew’s T-shirt and gathered clothes before heading to the bathroom. She looked at Andrew as he read the available dinner options. “Anything look promising?”

“Oysters?” he asked, then grinned as Caryn shivered in revulsion. “Just teasing, babe. Come over here and help me.”

She pressed against him as he handed the menu to her and then wrapped his arm around her. “You should get the filet and lobster,” she said. “Then maybe the salad and asparagus crepes?” She handed the card back to him. “You can choose something sinful for dessert.”

Andrew leaned to kiss the side of her neck. “I think I just had my dessert.” He turned her toward him and gently brushed his hand against her chin. “Ask you a favor?”

“Read the contract the Suns offered? Then we need to talk through everything.”

“Of course, I will. Just as soon as I freshen up,” she said with a smile. “Maybe out on the terrace? That sunset looks spectacular.”

Caryn read the contract offer as she relaxed on a chaise lounge in the late afternoon sun. Her eyes widened at the amount, then nodded to herself that he had the seven-year term he’d sought from the Blues. Also the no-move clause. She skimmed the legalese, the disability provision—thinking about that always caused her to shudder involuntarily—the offer to provide assistance in temporary housing, then complete moving services. Nice touch—no packing, no begging Tom to help. Wonder if that includes the car? She looked up as Drew sat on the edge of the chaise. She shifted so he could sit beside her as she handed the contract to him. “It’s a very generous offer.”

“I told you. I’m happy wherever we are. Do you want to play with the Suns?”

Andrew shrugged. “Hard to say right now. I expected to start training camp in three weeks with the Blues. I really believed they’d extend my contract.” His eyes sought hers. “It’s more money that I ever imagined seeing on a contract offer. And seven years with a no-move/approved-move clause. Something Don couldn’t sell to the Blues.”

“Didn’t he say the Blues couldn’t afford you?”

“Not at this price. I could take less if they offered long-term and no move.”

“You like the chemistry of your line.” Caryn reached to brush her hand against the Blues logo on his shirt. “If you could pick any team in the league, which would be in your top five, beside St. Louis?” She watched as his eyes drifted toward the view of the bay.

“What happens if you decline this offer?” she asked.

“Don will have my head examined.” He laughed without humor. “I’ll be traded before the end of the season. They won’t take the chance of not getting something when I’m a free agent next year.”

“So we could end up…wherever?”

“For a few months. I’d basically be a ‘rent-a-player’ through the playoffs and then back where we are right now when my contract expires.” Andrew shrugged. “If I have a shitty year, I may not get any offers.”

Caryn batted his arm. “You won’t. Do you not want to move to Tampa?”

“It’s not that, babe. Tampa’s further from our families, your business clients. Not to mention that your best friend just accepted a job in St. Louis and expects you to help her get acclimated and find a place to live.”

Caryn bit back a smile. “I’m not the one Lauren’s moving to see more often. I’m sure she’ll have as much assistance as she needs. I look at this as an opportunity to expand my client base. I hardly meet face-to-face with clients, anyway. If I have to travel, I can coordinate it with your schedule. Anyway, home-home will always be Toronto.”

“What are you first impressions of Tampa?” Andrew pressed.

“Same as yours, I think. The Petersons are great. I can see having a lot of fun with Kelly. And come January, February, and March, Tampa will be a paradise considering the colder alternatives. What did your parents and Tom say?”

Andrew shrugged. “They’re excited for us. They’ve never said anything to discourage me from exploring new opportunities. Did you hear back from yours?”

Caryn made a face. “I keep hoping someday they’ll surprise me by supporting something we do. But, true to form, Dad listed all the reasons we shouldn’t move—my business, which I can actually run anywhere; that you’re moving to get me further away from home—which, by the way, is a definite plus for me.” She smiled as she leaned to kiss him. “My mother just questioned another move so soon. I don’t think they’ll ever get it. You and I are a family now, and we are perfectly capable of making our own decision.”

“So…you think I should sign the contract?” Andrew examined her face closely.

Caryn laughed lightly. “I’m not telling you what you should do. I’m just saying I’m with you on this—no matter what you decide.”

Andrew’s gaze swept the horizon. “Winters would be sweet here…the Suns can very likely win the Cup this season. And they want me.”

“Of course they do, Mr. Sniper.” Caryn giggled as she used the nickname she adopted when she first heard teammates on the Blues refer to Andrew as a sniper. “Your slapshot is wicked,” she added with a teasing smile… 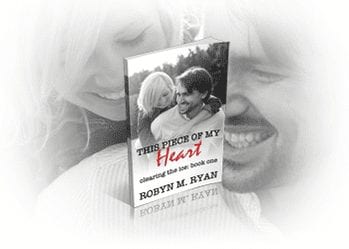