Music sets the muse in motion…at least in this writer’s experience. When you need to concentrate on a task, do you have a go-to playlist? For me, playlists set the mood and are far less distracting than the radio or television in the background—or silence.

Yes, silence is distracting. You hear all the little things you normally don’t notice because you’re usually surrounded by some kind of noise. Birds chirping~What kind of bird it that? Is it that bird perched right outside the window. Lawnmowers~Don’t you just love the smell of freshly cut grass? Who’s having their lawn serviced today? A siren in the distance~What happened? I hope everyone’s all right. Was there a wreck? My dog snoring~Since when does Kenzie snore? As you see, it doesn’t take much to get me off-task.

Just by chance, I discovered that music provides a soothing, non-intrusive background when writing. It sets a mood, depending on the genre you choose. While writing The Clearing the Ice trilogy, I often listened to two of my favorite artist’s albums. You may not know this artist if you live in the US, but in Quebec and Europe, he is a mega-star. We discovered him by chance during a visit to Paris. Garou (Pierre Garand) is a French-Canadian singer with a voice that is very conducive to writing romance. He sings in both French and English, but that doesn’t matter one bit. Most of the time, I don’t even realize which language he’s using. It’s the tenor, the tone, and the mood his music evokes that counts.

His 2008 English album Piece of My Soul and a recent collaborative album Forever Gentlemen provided the muse needed while the books’ plot developed, changed, then fine-tuned once more. And then there were the edits…round one…rounds two…three…four… His strong, sexy, sometimes raspy voice kept me plugging away. And when that break is long overdue, listening to him sing is pure blissful relaxation.

You can view some of his videos on his Facebook Page. 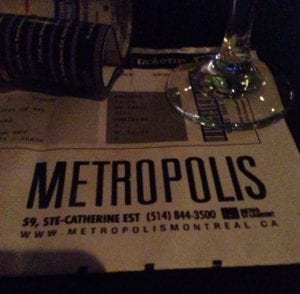 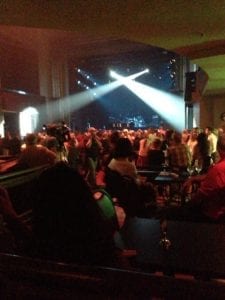 We were lucky to see him perform during the 2013 Montreal International Jazz Festival in an intimate setting, The Metropolis club. That evening sizzled the entire two —three hours he sang. This is the same star who performs in sold-out mega-venues in Europe and Canada… there in a small club, giving everything he has to his audience.

As far as inspiration, besides “The Voice” (Oh—he was a judge on the Euro version of that show and currently for the Quebecois version), those blue eyes do it for this writer!