No, Y’all, a Couple Inches of Snow Does NOT Bring Atlanta to its Knees

Last Tuesday’s #SnowJam2014 wasn’t the first, nor will it be the last time that the 15-county Metro Atlanta Area grinds to a painful halt over a few inches of snow. Doesn’t happen often…maybe once every ten years. But when it occurs, the results are epic. Mention the 1973 Ice Storm, SnowJam 1982, the Blizzard of 1993, the Ice Storm of 2000, 2011’s #Snowmageddon and now SnowJam 2014, and Atlantans can recite stories of where they were and what happened to them during each of these events.

During the lucky years, the snow or ice fell on weekends and most people stayed put, even through five days without power (1973); Blizzard of ’93; Ice Storm of 2000; 2011 Snow Event of the Century that brought twelve-plus inches of snow blanketing the Metro area. Only the fool-hardy tried to navigate the hilly, rolling, curving streets of Metro Atlanta without a heavy four-wheel drive.

Last Tuesday’s SnowJam eclipsed all previous weather events. While tales exist of driving six-hours to go 15 miles were common during SnowJam 1982, these were a walk in the park compared to that experience.

You know, it really bugs me when folks (mostly Northerners) laugh and appear truly confounded at what they see as ineptitude on the part of Atlanta drivers. Suppose that condemnation ranks right up there with “The Worst Sports Town in America (world)” and the “City that does NOT Deserve a Super Bowl-Bound Team.” Not to forget we lost two NHL franchises through poor ownership/management #TeamlessinAtlanta. 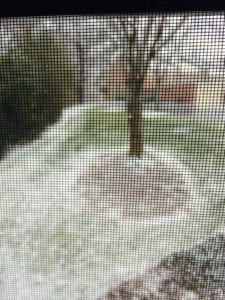 It all Began as a “Dusting” of Snow.

But back to last Tuesday. Forecasts called for heavy snow to blanket areas SOUTH of  Metro Atlanta, with a “light dusting” expected in the 15-county metropolis. Skies were cloudy, with no precipitation as thousands made the commute downtown or to school. Most did not realize the NWS had upgraded the Winter Storm Watch to a Warning earlier that morning.

Around 11:00 a.m., the dusting began to fall… within an hour or so, it was clear that the dusting would be more of a snow event than forecast. So Atlantans do what they always do in these once-in-a-decade experiences—hit the road to pick up school children, return home from work or run errands BEFORE the roads get bad. 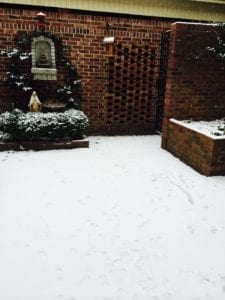 Within an hour, the “Dusting” Accumulated… with More to Follow…

By “bad,” am not referring to the traffic gridlock that occurs quite regularly in a city where rapid transit does not extend to the most populous counties, there are no commuter trains, and alternative routes prove just as jammed at the “expressways.” In snow events, “bad” takes on an entirely new meaning. Loosely translated—before the roads become impassable.

You’d be hard-pressed to find one expressway that involves no hills, no uphill or downhill exit ramps, or tree-lined side streets that do not include steep hills or sharp curves. See, Atlantans are not stupid—we know the score and take proactive measures—get the heck out of Dodge.

The Exodus Begins in the Early Afternoon

Atlanta is a huge, sprawling metro area with 20-30 mile commutes the norm. Commuters know the best times to arrive and leave work “to beat the traffic.” But when snow starts to stick and meteorologists begin to speak of ice accumulation… everyone heads home. That’s what happened Tuesday… before the DOT could sand the roads, before the school busses could complete their routes… gridlock, snow, and ice coated the city simultaneously.

The result—spectacular traffic jams broadcast for days on the National Media and survival tales that completely eclipsed 1982’s SnowJam.

Hey, we don’t have snow tires here, nor do many folks carry chains in their cars. The tires would rot before they would ever be needed, and the chains would be consigned to the jumper cable and tire jack storage.

As the evening wore on, with travelers not moving at all, Atlantans began to do what Atlanta does best—offer that Southern Hospitality with heart and a welcoming smile. Stories by the dozen recount stores staying open to offer shelter, food, and drink to stranded motorists…. folks inviting strangers to spend the night in their homes… motorists and heroic truck drivers sharing what food and water they possessed. Those with four-wheel drive vehicles that could go off-road came out to offer assistance. Chipper Jones supplied aid on his ATV. Countless Atlantans ventured out on foot to bring hot drinks and food to the stranded. 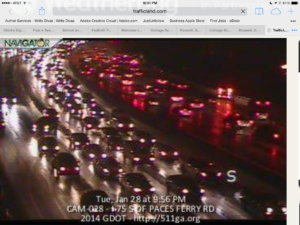 Things were no Better on I-75 North- or Southbound

Our kids had heard tales of SnowJam 1982 numerous times. Unfortunately, their tales of last week’s adventures overwhelmed any we could offer. In some ways, this is a rite of passage for Atlantans. Once you survive your first ice/snow event, day-to-day traffic jams no longer irritate (as much), you’re the first in line at the store to stock up on bread and milk at the first mention of the “S-Word,” and you join everyone else in staying home the next time snow appears in the forecast—only to be fooled again by Mother Nature who brings nothing but rain until that next snow event in a decade or so. 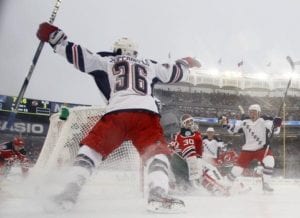 P.S. Last Wednesday’s Stadium Series between the Rangers and the Islanders provided entertainment—a Great Hockey Match—in weather elements that for once Atlantans could relate. Cold, windy, snow-filled conditions don’t seem all that bad for an outdoor hockey game. By comparison, the Super Bowl crowd enjoyed a balmy evening. Congrats to the Seahawks. #WellDone