Bud Light’s #WhatsYourSuperstition? campaign epitomizes the obsessions of sports fans worldwide, convinced that if they sit in the right chair, wear a certain shirt, eat a specific food, chant special cheers, etc., then their team will win.

Superstitions run rampant in this home.. Perhaps the most unusual spanned the 2011-12 Atlanta Falcons season. After acquiring Matt Ryan for his fantasy football team, our son proceeded to bench him the entire season. With no Matt Ryan playing Fantasy Football, the Atlanta Falcons won. Thus, while the “real” Matt Ryan had a break-out season, the fantasy football Ryan never played a game. That superstition ran its course, and by the following season a new superstition took its place—Dad must not watch Falcons games, ’cause when he watched, they lost; when he didn’t, the Falcons won. That superstition carried over to the current season, but Dad is back to watching the games… and you can check the Falcon’s sad record.

Confession Time—probably have the longest record of superstitions when it comes to baseball. Of course, if it weren’t for that lucky seat and handy scorecard and pitch counter, Greg Maddux would never have won those Cy Young Awards or achieved 17 consecutive years of 15 (or more) games won. And let’s not forget the 14 consecutive division-winning seasons. No channel flipping allowed between innings. The “or else” was not an attractive option. 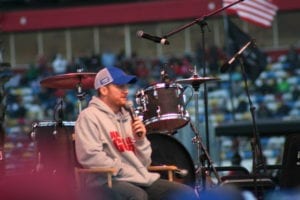 Did not write about Dale Jr. this season because I did not want to jinx his good season or ruin his chances to make the Chase (he did make the Chase for the Sprint Cup Championship…just didn’t think his engine would blow up in the first Chase Race). Should have written that post.

If a superstition doesn’t work, you may inadvertently jinx your driver, your player, your team. Used to be an unwritten rule that no one mentioned a no hitter in progress for your team. You did take delight, however, in trying to jinx the opposing pitcher’s no-no. 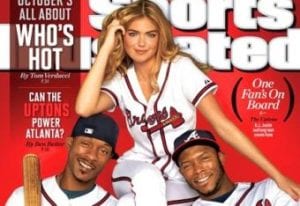 Jinxes are the nemesis of superstitions. Sports Illustrated, of course, holds the most infamous jinx of all—you do not want your team or your player to appear on the cover of that magazine. Most recent case-in-point, the Atlanta Braves’ Upton brothers shared the cover with model Kate Upton just before the play-offs began. The result? Bats went silent; strikes denied; outstanding fielding non-existent. One of the most dominant teams of the year lost the opening series.

Desperate times call for desperate measures. When the NY Rangers’s season began… shall we say, a bit rocky… it took some time to settle on a ritual that worked. Towards the end of the disastrous nine-game season-opening road trip, grabbed the bright green St. Patrick’s Day NYR jersey and wore it during the game in Detroit. The Rangers won and continued to win. And even though the team suffered a tough loss against the Ducks Monday, a simple wash should return its winning magic. Thus, the newly laundered jersey continues to take its special place in the closet until 30-minutes before game time. 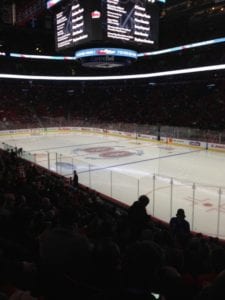 Which brings a huge dilemma. We are invited to attend the Rangers-Canadiens game in Montreal in two weeks…a once-in-a-lifetime, bucket list thrill. Not wanting to show any disrespect for our host or Les Habs in their home stadium, planned to wear a subtle Ranger Blue top—certainly not a bright green jersey; not even a respectable white away jersey. Thus the dilemma… Does the bright green jersey travel to Montreal or stay at home for our son to wear? Not sure the lucky shirt will retain its magic when worn by a primarily Capitols fan. Jury’s still out on that decision.

What’s your superstition? Remember, it’s only weird when it doesn’t work.