Should Have Listened to Willie: Heroes Should Always Be Cowboys

Gaining hero status involves more than just being a good guy. Few athletes reach the status of hero—this goes well beyond the ability to dunk a basket, sink a shot, hit game-winning home runs, or ride a bicycle beyond normal limits of human endurance. Hero status requires overcoming the odds, making a difference in the lives of others, performing great deeds off the field.

For many, Lance Armstrong achieved that status. Everyone knows the story—beating cancer when the odds were stacked against him, then coming back to win the most grueling sporting event, not once, but seven consecutive times; funding a foundation whose mission equates survivorship with a cancer diagnosis; raising hundreds of millions of dollars for that cause while giving hope to millions of people.

Gotta admit, Lance Armstrong’s betrayal hurts. Here was a true hero in every definition of the word. Sure, folks whispered over the years, but who doesn’t come under scrutiny when you reach that level of success? Just a couple of weeks after his stunning revelations in that interview with Oprah, it’s still hard to believe that the Lance Armstrong we admired, placed on a pedestal and anointed with hero status was merely an illusion… and not a pretty illusion at that.

The Lance Armstrong in the interview bears little resemblance to the Lance Armstrong admired for over a decade. The humanitarian super athlete admitted to a cold, calculated fraud. This Lance Armstrong was a bit scary in his lack of remorse—and very easy to dislike. Was he the mastermind of the PED (Performance Enhancing Drugs) scandal—or did he get sucked in at an early age? Either way, the capacity we all have for self-rationalization is frightening. Everyone was doing it. Team U.S. Postal Service/Discovery was just better at the game. While giving hope to millions of people fighting cancer, the same Lance Armstrong methodically attempted—and in some instances succeeded—to destroy anyone who spoke about his use of PEDs. 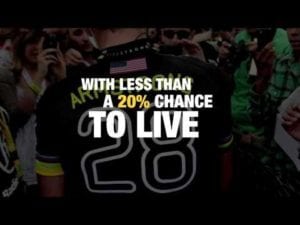 Honestly, after the interview, my thoughts kept returning to his comeback in 2009, leaving retirement to once again pursue the heights of competition—and embark on a worldwide mission to raise the awareness of people fighting cancer. Twenty-eight million, to be precise—remember the special “28” cycling jerseys worn the final day of the Tour? If Lance had only stayed retired, the accusations would have stayed just that, lost in the statute of limitations. We would still have Lance Armstrong the Hero.

Are we better off now, knowing the truth? Not so sure. To people fighting cancer, the psychological value of that tie to a fellow cancer victim who defied the odds and achieved incredible success, can never be replaced. Is it so bad to wish that we still had that myth?

The Tour de France victories don’t present as much as a dilemma. In the end, Lance and the U.S. Postal Service/Discovery Teams just cheated more effectively than the rest of the field of “cheaters.” The fact that the ASO (Amaury Sport Organization) will not name a winner for those years attests to the widespread epidemic in cycling that probably exists in some form to this day.

Of course, hope runs eternal and just have to believe that the Lance Armstrong who taught cancer survivors to LiveStrong remains sincerely invested in that cause. For that alone, he deserves admiration, not vilification. And for now, will live with that.